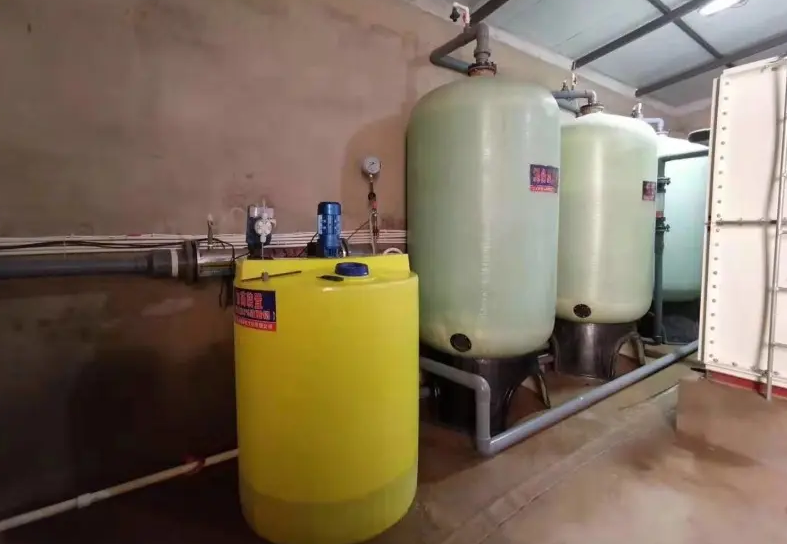 After the water softener resin fails, backwash with water from bottom to top before regeneration. There are two purposes of backwashing. One is to loosen the compressed resin layer during operation through backwashing, which is conducive to resin particles and regeneration. The second is to clear the suspended solids accumulated on the resin nominally and the suspended solids on the resin surface during operation. At the same time, some broken resin particles can also be discharged with the backwash, so that the water flow resistance of the exchanger will not increase. In order to ensure that the complete resin is not washed away by water during backwashing, when designing the water softener, a certain backwashing space should be left on the resin layer. The greater the backwashing intensity, the larger the backwashing space required. 50% of the resin layer height is used as the backwash expansion height. The backwash flow rate it adapts to is 12m/h (5gpm/ft2) (the inlet water temperature is 10 degrees Celsius). The quality of the backwash directly affects the regeneration effect.

The above is the introduction of the backwash process in the water softener. Nowadays, softened water equipment is widely used in various fields, such as laundry industry, boiler industry, hotel guest and so on.

Previous: What Should I Do If The Tap Water Smells Of Chlorine?

Next: The difference between a water softener and a water purifier